Nowadays, the signs of climate change, the heat, the feeling of drowning, the lack of humidity in the air, the storms, the fires are noticeable, all of which guide us daily, causing various sensations.

In addition, there are events that are beyond our associations, but are intrinsically linked to climate change, such as the change in the microclimate of regions, drought, lack of rain, the disappearance of species in certain places, the decreases in the range of sand on some beaches … But sometimes some mechanisms or positions prevent the clear perception of the problem. For example, some believe that only the amount of solar radiation is influencing the climate system of our planet, that is, all of this is a cycle, which is happening in the star that warms us.

We believe that this influence may exist, but human action on the planet, especially the use of fossil fuels, pollution, deforestation and uncontrolled environmental impacts, are the biggest influencers of our planet’s climate change.

When Al Gore released the documentary “An Inconvenient Truth”, he proved through data and evidence the correlation between human behavior and the emission of gases in the atmosphere. The effects increased alarmingly, on a progressive scale and in an accelerated manner. This documentary was released in May 2006, almost fifteen years have passed, and what has changed about the advance of climate change on our planet? The numbers are still on a frightening progressive scale across all monitored data, but what can we do?

First, there are possibilities, despite the fact that only one product is chlorofluorocarbon (CFC), the Montreal protocol, it was a milestone, an environmental treaty signed by most countries in the world that pledged to replace substances that proved harmful to ozone. Studies show that the ozone layer has been recovering, as this regeneration occurs naturally. But there are some reports showing that this regeneration is very slow, as well as the use of CFC in some processes.

But on the other hand, we are facing the most successful global environmental agreement ever (words by Kofi Annan). That appeal was worldwide, people knew what was going on, started looking for information about what they were buying. Industries collaborate a lot and have modified their processes and products. The countries tightened up the inspection, fulfilled the targets and followed the indicators, all of which generated great synergy, and in this way the agreement worked very well, so well that we were able to perceive the positive data on the regeneration of the ozone layer. As for climate change, the path cannot be much different, but the effort will be extremely difficult and complex.

First of all, I think the initial pressure will have to come from the world population, we have to make choices and, the choices starting today, or better, as soon as possible, should be based on sustainability, when you can, you must choose locomotions environmentally friendly, seek information on the sustainability of the manufacturing company, buy products that opt ​​for less packaging and more products, use the purchased goods as much as possible, avoid any and all waste, correctly dispose of, recycle, reuse and reuse your waste and order to seek any other more sustainable action possible for its final disposal.

This will force companies to look for new opportunities, as well as to clearly demonstrate their processes. Industries, on the other hand, must also give importance to all their environmental aspects, as it does to their financial results. And finally, countries must reach a consensus as soon as possible, make an agreement and start to comply with it, only then can we have some plan, document and a way to reduce emissions of gases in the atmosphere, which is the main agent of climate change.

One of the gears that can be moved to help pressure is the United Nations (UN) Thirteenth Sustainable Development Goal (SDG). It deals precisely with Action Against Global Climate Change. These goals were created in 2015 and even today their goals are stagnating. One of the goals outlined by the UN is to “Integrate climate change measures into national policies, strategies and plans”.

Apparently, this goal has not advanced into the planning of public policies in countries. In other words, it is not being complied with either by developed countries or by developing countries.So, a good strategy would be to make this objective a world-class agreement, disseminate the goals to the entire population and publish the results of each country annually or monthly.

This way, through this path we could reverse the data that the Intergovernmental Panel on Climate Change (IPCC) indicates for the next 100 years. These data indicate that there may be an increase in the global average temperature between 1.8 ° C and 4.0 ° C, and an increase in the average sea level between 0.18 m and 0.59 m, which can significantly affect activities and terrestrial ecosystems. In this way, the transformation of this objective into a global agreement and the movement of the world population, making choices based on sustainability, can generate the synergy and the unity of peoples necessary to overcome this terrible challenge.

See what other countries are saying about myWaste: 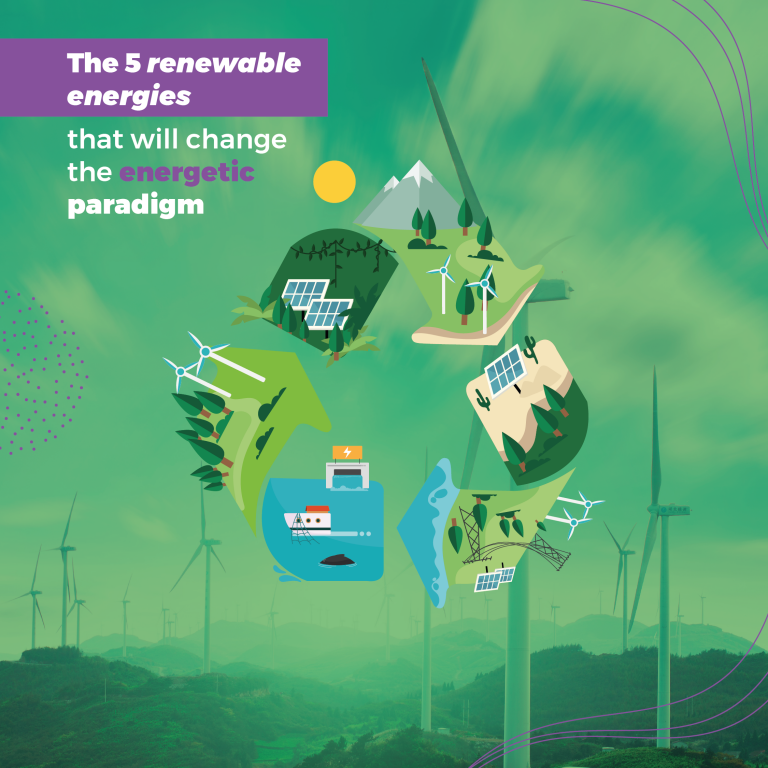 The 5 renewable energies that will change the energetic paradigm

In a society more and more conscious about the necessity to take care of the environment and the value of sustainability to advance to a greener world, the industries are betting on cleaner energies and less contaminants to be able to reduce the CO2 emissions in our planet. But, as citizens, how can we contribute? 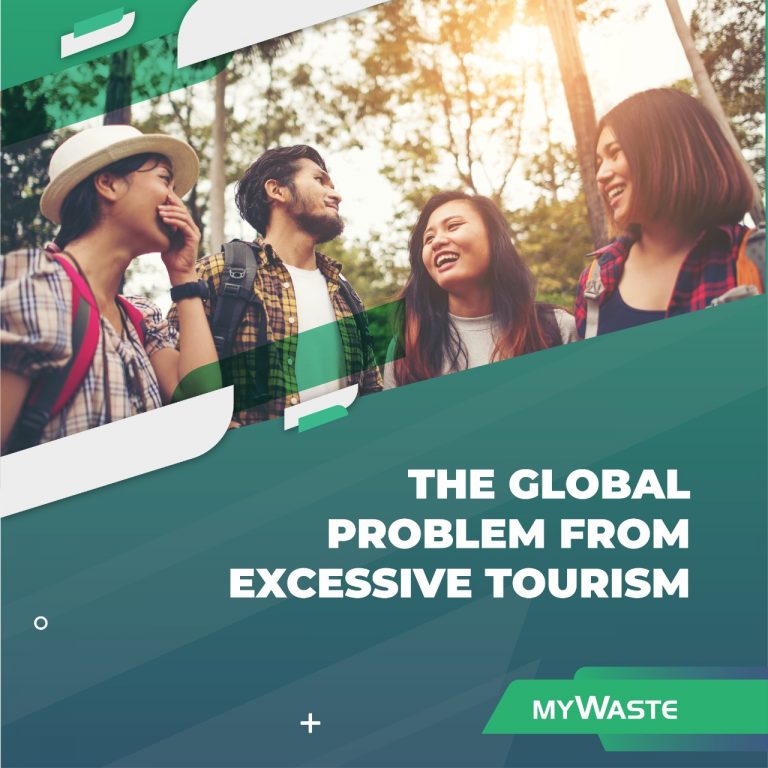 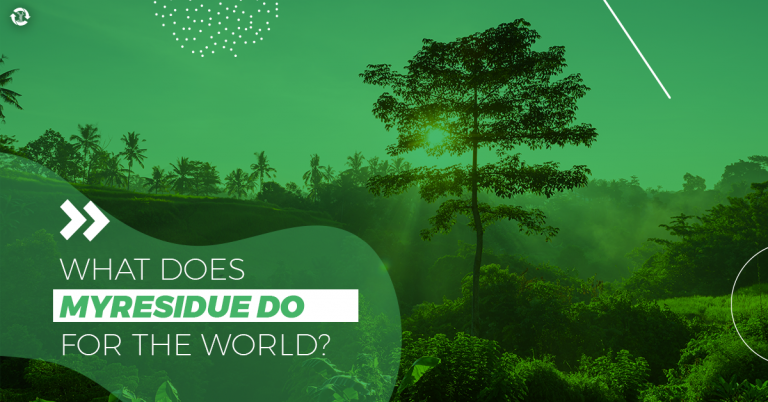 WHAT DOES MyWaste DO FOR THE WORLD?

The traditional social and business dynamism, in some cases, still maintains some immediatism trades related to profits and growing. Somehow, to provide business that are tangled with the social responsibility is a new vision on the corporative world and it is invading the minds and offices around the world. Considering the statistics, natural disasters and 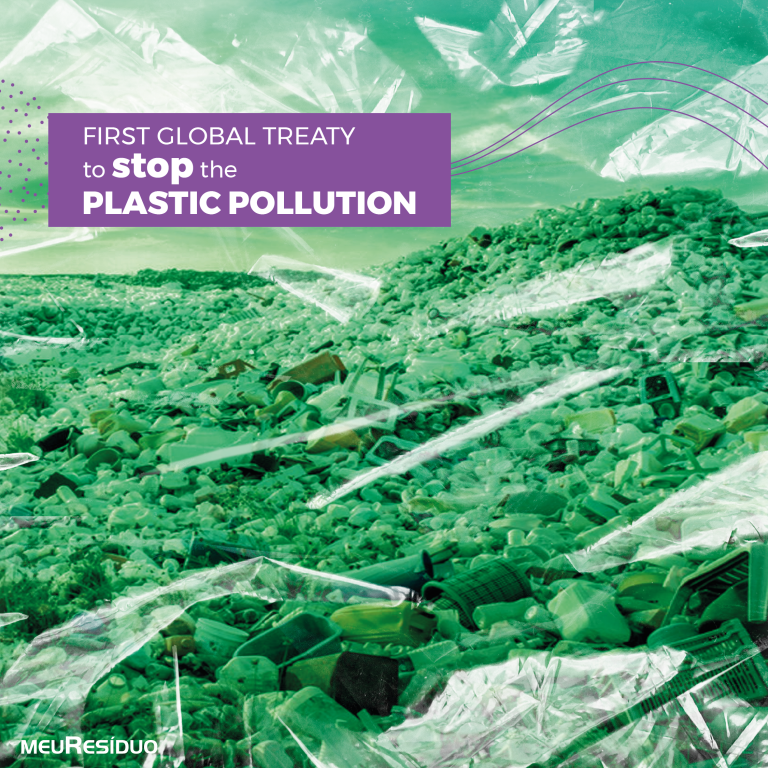 The implementing of measures that reduce the tons of waste that damage and threat biodiversity will be essential to fight pollution through the ratification of international treaties.  It is of paramount importance to highlight the international interest of the main actives about the urgence of immediate actions to mitigate the effects of the climate changes