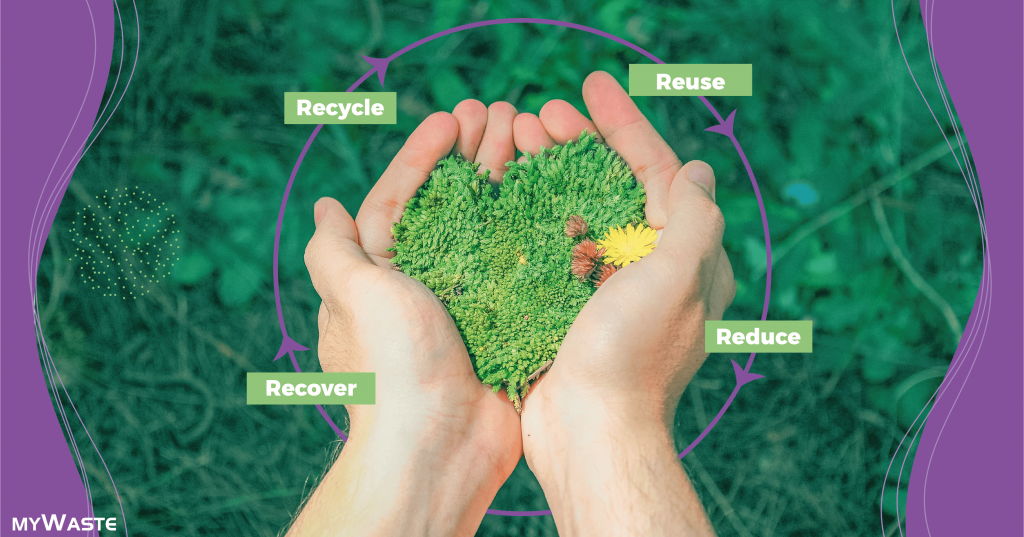 In July, 2021, the European Commission presented a measurement package, “Fit for 55 package”, whose main purpose is to reach the carbon neutrality until 2050. This package is about a set of proposals that will accelerate the change to a new economic model in which words like recycling and reusing will no longer be something new to be something normal. This is Europe’s ambition.

The measurement package published in July results from the strategy announced by the Commission in the European Ecological Pact, a real “compass” that will orient the future of the European Union and in which the circular economy is one of the fundamental pillars.

That’s why, In March, 11th, last year, the European Commission adopted a new Plan of Action for the Circular Economy. The Commission said: “it will be given priority to the prevention of production of any kind of waste and to its transformation in secondary resources of high quality that take advantage from the good functioning of the secondary raw material market”.

The Plan of Action still proposes a set of measurements meant to reduce to the minimum the UE waste exportations and to fight against the illegal transfers.

It is in this context – accelerated by the change of the consumerism patterns provoked by Covid-19 (less mobility, more consumerism at home) as well as by the growing awareness from companies’ decision makers and citizens about the environmental impacts from our life style – that we watch a very meaningful valorization of the waste, sustained by a growing of the searching from recyclable raw material. Raw materials that the brands have been incorporating on the packaging that they put on the market due to sustainability issues and effective improvement of their environmental profile. Evidences of these are the results from the innovation strategy of SPV and its customers, in which it has been seen in 2020 and already in 2021, the transformation of many packaging for a better recycling in their end of life.

The number of packaging that had already been increased by the customers from SPV are also significant about the following innovation strategy: representatives of 33,3% of the packaging declared to SPV said that they have already adopted prevention measurements in the concession of their packaging and, from these measurements, 29% have ended up reducing the package weight, 17% have incorporated recyclable raw material and 15% have not used superfluous packaging. More than 4 million packaging have already used the iconography of recycling and give some indications about how to recycle correctly.

It is evident that the way is not easy. Data published by CIP (Portugal Business Confederation, Confederação Empresarial de Portugal, in Portuguese) indicate that almost 40% of the companies identify the legislation and the regulatory framework as the main obstacles to the circular economy.

But, the same study, done by CIP in a partnership with EY Parthenon, in which it was heard 194 companies and whose final results will be published in September, reveals that almost all the ones that answered (97%) consider it to be a competitive advantage that the companies have an approach of a circular economy in the way they acquire, produce and sell products. Most of them consider the scarcity of raw material very critic (41%) or critic (25,3%) for the continuous operation of the business.

The waste valorization is the best example for a circular economy to work and of the contribution that the companies and the SPV can show so that Portugal and the European Union fulfill the setting goals in the European Ecological Pact. Companies and management entities are indispensable to the promotion and the valorization of recycling and reusing, promoting the transition of an economy settled in residue and waste to an economy of more circular resources.

The financial valorization of several waste fractions, secondary raw materials that become essential to the companies to incorporate on their productive processes, is a factor of a big relevance to the circular economy and to the carbon neutrality. On one hand, it indicates the attractiveness of these raw materials to the recycling industry and, on the other hand, it reflects on the ecotaxes or ecovalues paid by the packers to the waste management entity, making the cost of the environmental compliance more efficient economically and environmentally. The Green Point Society (Sociedade Ponto Verde – SPV, in Portuguese), a pioneer in the promotion of the circular economy and that has been in the market for 25 years, strongly compromised with the transparency of the packaging ecotaxes, continues its activity of waste valorization as a balanced critic factor of the packaging recycling system’s functioning and cost.

The increase on the search for waste of packages collected on the ecosites, while raw material for the recycling industry, needs a greater commitment from the Portuguese on the separation of these packaging. In the end of the first semester of 2021, it has already been separated for recycling more than 8% of packaging compared to the same period of the previous year, which is, no doubt, good news for the country. A Guide to Sustainable Manufacturing and Construction

Sustainability has long been a pressing issue on the minds of many socially conscious consumers and business owners alike, and for good reason – the planet’s ecosystem depends on it. For vital industries like construction and manufacturing, the need to recognize and act upon the vast importance of sustainability is not only a sensible business Within the main goals on the day by day of companies that provide collection and waste transportation is the lack of innovative resources to become the activities more dynamic and patterned, once it is common the use of forms in paper to data registration and control, which generates reworks with typing in spreadsheets and increases 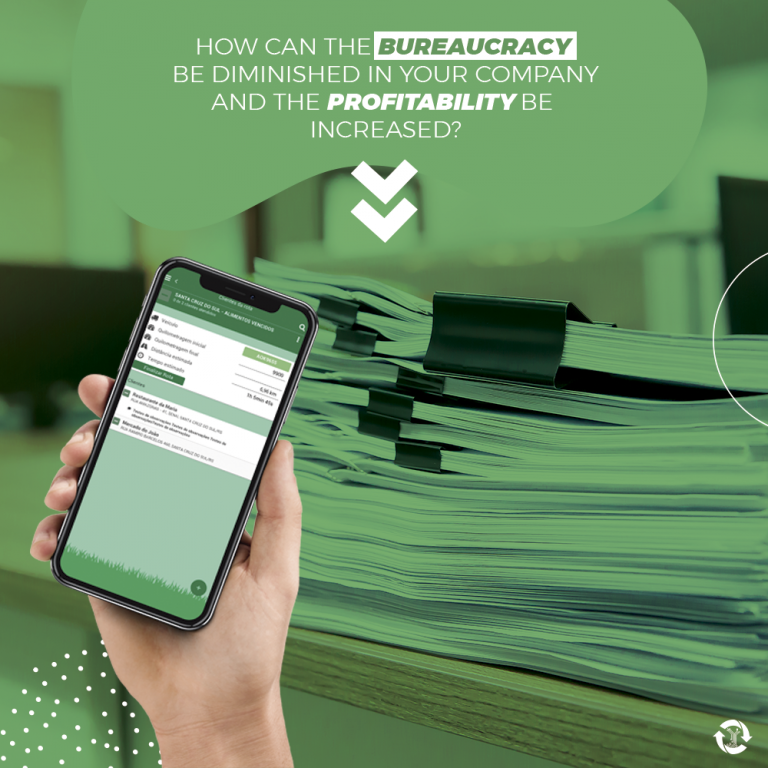 How can the bureaucracy be diminished in your company and the profitability be increased?

With MyWaste the bureaucracy and the technology are together, monetizing your business. That’s why be conscious that you should hire MyWaste digital platform. Your processes will be streamlined quickly, optimizing the time, so a bigger number of activities can be realized generating a bigger demand of attendance. 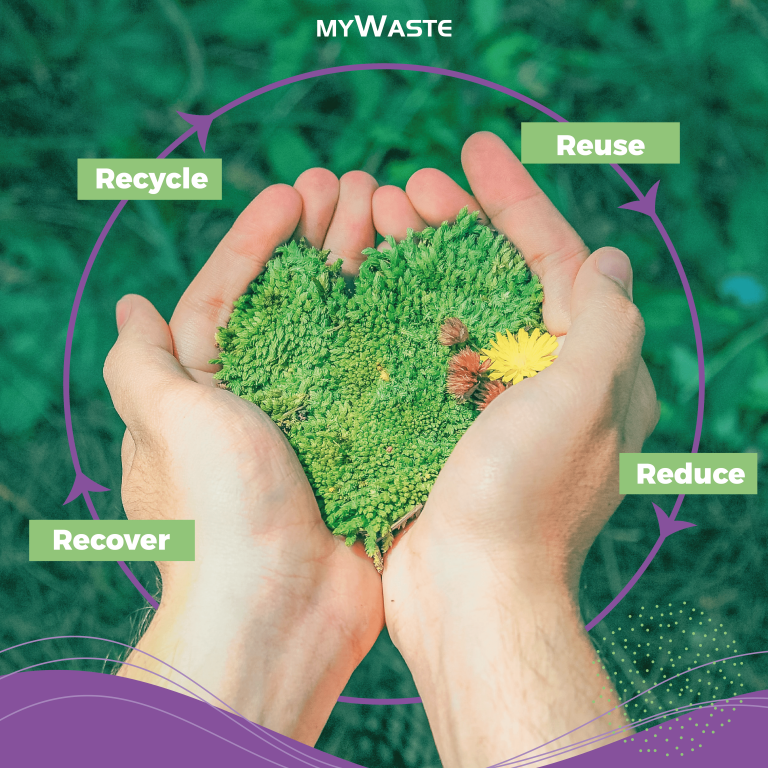 In July, 2021, the European Commission presented a measurement package, “Fit for 55 package”, whose main purpose is to reach the carbon neutrality until 2050. This package is about a set of proposals that will accelerate the change to a new economic model in which words like recycling and reusing will no longer be something